Sermon: Proper 25 Year C – I don’t want to be the tax collector 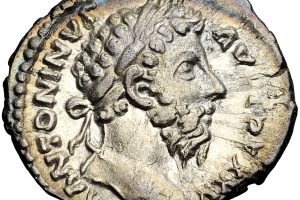 Almighty and everlasting God, increase in us the gifts of faith, hope, and charity; and, that we may obtain what you promise, make us love what you command; through Jesus Christ our Lord, who lives and reigns with you and the Holy Spirit, one God, for ever and ever. Amen.

May the words of my mouth, and the meditations of all our hearts, be acceptable to you, O God.

In the gospel passage today, Jesus tells a parable about two people who went to the temple. One man was a Pharisee, the other a tax collector. Not much has changed about opinions of tax collectors since Jesus’s time. No one likes to pay taxes. No one likes the guy who is taking your money. Tax collectors in the Roman Empire were worse than the IRS employees we have now. They made their living by collecting a little extra from people beyond the already oppressive taxes required by the Roman and local government. When Jesus said “tax collector” people would have thought “oh yeah, I don’t like that guy.”

No one likes paying taxes, but we do it because we want society to function. I was asked to give a sermon on stewardship this week. I’ll be honest, it feels a bit like tax collection. Now, I’m not here with a mandate from the government to take your money and a little more on top of that for myself, don’t worry. I don’t want to be the tax collector.

So, the tax collector and the Pharisee. Many interpreters gloss over who the Pharisees were, and just use the word as a synonym for “hypocrite.” The Pharisees were a group of religiously-engaged Jewish people. Jesus’s teachings and the teachings of the Pharisees had a lot in common, which is probably why they come up a lot in our gospel readings. They were concerned with a lot of the same issues facing the people of Israel. Pharisees were not thought of as the bad guys. In fact, the current tradition of rabbinic Judaism is descended from the tradition of the Pharisees. So, we should not read our gospel stories and replace Pharisee with “enemy” or “hypocrite.” To the followers of Jesus, it might have been more like the difference between Episcopalians and Lutherans. A Pharisee wasn’t bad, certainly not as bad as a tax collector. We also need to be careful not to project any negative stereotypes onto the contemporary Jewish descendents of the Pharisees.

This parable makes more sense if we see the two characters through the eyes of Jesus’s followers. The Pharisee is someone they might not agree with 100%, but they can respect. They are at least trying to keep the faith like Jesus’s disciples are. But they certainly don’t like or respect the tax collector.

Who even let him into the temple?

He’s basically a traitor, working for the Romans.

He shouldn’t be allowed to worship God next to those who are keeping the faith properly.

I can imagine being the Pharisee, but I do not want to be the tax collector. But like most of the parables of Jesus, this story doesn’t go like we expect.

The Pharisee thinks he’s better than everyone else because he follows all the rules and is seen doing every good work. He gives thanks to God that he is a good person. He is able to do what God commands, and for that he gives thanks. But he’s also bragging a little. He fasts twice a week, unlike some people who don’t even commit to the required fasts. He gives a tenth of all his income, unlike those who only pay the required tithe on certain income. In our current context, perhaps this guy would give thanks that he goes to vestry meetings every week – he goes to vestry meetings more often than they actually happen, because he’s so devoted to his religion!

This parable says that the people who exalt themselves like that will be humbled in the end. Rather, we are to be like the tax collector in the parable, someone who had a job no one likes, but also someone who does not expect accolades. We don’t know how much money he gave to the temple. Maybe he *was* hoarding money for himself. But maybe he was like that other tax collector, Zaccheus, who, after talking with Jesus, decided to repay fourfold anyone who he had defrauded, and give half (not just one tenth!) of his possessions to the poor. We don’t know much about this tax collector in the temple.

We don’t know what his sins were that he was asking God for mercy. Maybe he was a bad guy. Maybe he was standing far off from everyone else because he was not welcome in the community because of whatever sin he had committed. Maybe he kept his eyes down because he didn’t want to see other people giving him side eye. I do not want to be the tax collector.

What we do know is that Jesus says he went away justified, because he humbled himself. He asked for mercy. He did not try to say why he was the best, the most deserving. He didn’t try to make himself seem better or more deserving than anyone else. And Jesus said: because he was humble, he will be exalted.

The world is always looking for people who can talk themselves up, to sell themselves and their next big idea. If I were a different kind of stewardship preacher, I might talk about all the great events and work that St. John’s does for the community – this church is better than the others, it’s a great investment for your year-end giving. Aren’t we glad we aren’t like the churches in the next town over that take advantage of people in order to enrich themselves? And now I sound like the Pharisee in the parable who was exalting himself. The Pharisee was doing good things. He was right to praise God. And we are right to praise God for all the good things we do as a church. I give thanks every day to be a member of the Episcopal Church, and for all the good that my church does in the world. The problem is when I start exalting my church above others. The problem is when it stops being about exalting God and starts being about exalting myself. Because “all who exalt themselves will be humbled.”

Being humbled is not a fun time. It’s uncomfortable. It’s embarrassing. It can bring up shame and guilt. It makes you feel small and insignificant. All the great and good things don’t count for anything when you’re “humbled.”

But with God, it’s a good thing to be humble. “All who exalt themselves will be humbled, but all who humble themselves will be exalted.” What does it mean to humble ourselves? Does it mean we have to be like the tax collector, beating our breast and asking for mercy? Sometimes, yes. When we have done something wrong, when we have caused harm, that kind of humbling is necessary. But sometimes I think humbling ourselves can be acknowledging how small we are. Instead of exalting ourselves and making ourselves seem important, recognizing the reality of our position. Compared to almighty God, we are humble!

Julian of Norwich, the 14th century anchoress and mystic, wrote about confronting this humbleness in creation. She had a vision of a small round thing in her hand, the size of a hazelnut. “What is it?” she wondered. “It is all that is made.” Everyone and all the important things we do, in a tiny little ball. Humbling, to see things from an outside perspective.  Julian says she marveled how it might last, thinking that it might suddenly have fallen to nothing because it was so little. The answer came to Julian: It lasts, and ever shall because God loves it. Because God loves it. Our tiny humble hazelnut of existence is because God loves it.

We read these words earlier:

How dear to me is your dwelling, O Lord of hosts! *

My soul has a desire and longing for the courts of the Lord;

my heart and my flesh rejoice in the living God.

The love of the psalmist for the dwelling place of God is so clear. It’s powerful. The psalmist is rejoicing, body and soul, in being with God. That’s the kind of love that sustains a church. Yes, I want everyone to give financially to the church. But money is not really enough for a church to exist.

It exists because it is loved. The desire and longing to be in the courts of the Lord. That kind of all-encompassing love is what makes a church real.

We could have the smallest building in town, the smallest congregation, by every metric, we could be the most humble church in California. But because we love the church, it is the dwelling place of the living God.

The humble thing is exalted.

Not because it’s the biggest or best church, not because it does important things. I want you to love this church in all its humbleness.

This church exists because people have loved it and built it into what it is now.

This church will exist because you love it. Even though it’s humble.

How dear to me is your dwelling, O Lord of hosts!

I don’t want to be the tax collector, but I do want to be here, in this little humble hazelnut of a church that exists because of love.